Ballywalter is a life affirming story about the unexpected connections that can pull us back from the edge.

Eileen (Seána Kerslake) is a sardonic University drop-out whose dreams of a successful life in London have died. Back at home in Belfast with her mum and pregnant sister, she is trying to make ends meet by working as an unlicensed driver in her ex-boyfriend’s minicab.

Shane (Patrick Kielty) has exiled himself in Ballywalter following the break-up of his marriage, but now he’s trying to get his life back on track by enrolling in an evening comedy course.

Eileen accepts the weekly return fare from Shane. As the two spend time together on the road between Belfast and Ballywalter, shuttling back and forth over several months, a surprising connection is made and a unlikely friendship develops, saving them both from a downward spiral.

BELFAST, January, 2021 – Filming has completed on location in Northern Ireland on BALLYWALTER, the feature debut of director Prasanna Puwanarajah. Written by Stacey Gregg, the film stars IFTA award nominee Seána Kerslake (A Date For Mad Mary, The Hole in the Ground) and BAFTA award nominee Patrick Kielty (My Dad, The Peace Deal and Me), who is best known for his comedy and television work. 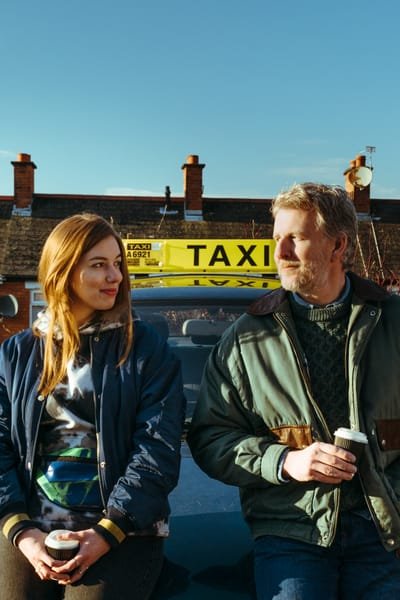