An audio recording of this show is available to order from Audible here: TRUE WEST AUDIO

Austin is working on a movie script that he has sold to producer Saul Kimmer when Lee stumbles back in to his life. Never content to watch from the sidelines, he pitches his own idea to Kimmer, an action which has far reaching consequences…

Set against the searing heat of the Californian desert, Shepard’s critically acclaimed drama pits brother against brother as a family tears itself apart, exposing the cracks in the American Dream. 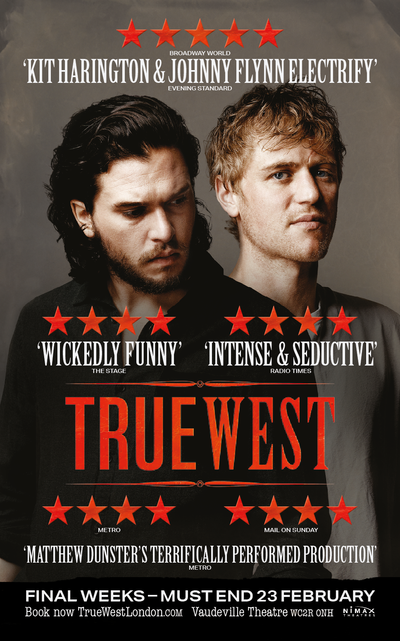